Snow, film dust, particles.
Wear, damage to, and break-up of a film in the projector – of an old laterna magica.

Winter scenes – animated found footage from the period around 1900, and computer animations – assembled to accompany a poem by Kathrin Schmidt. 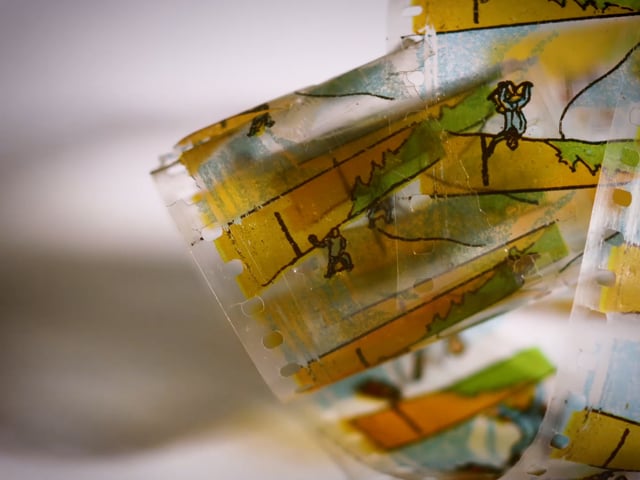 Introduction to the film for the Annecy International Animation Festival (English) 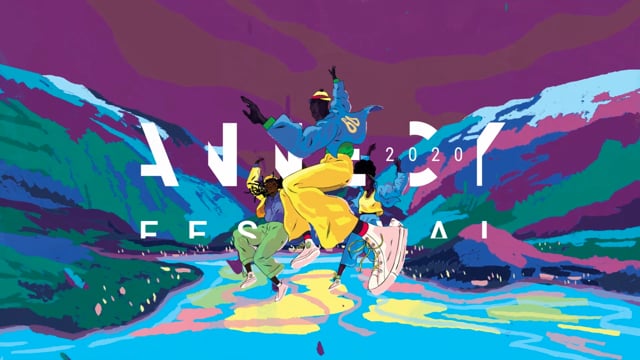 I am interested in the latest media developments (including computer-based animations) on the one hand and historical material (e.g. decaying photographs or films) on the other.

For several years I have been collecting, digitising and re-animating Animated Found Footage – 35 mm film loops for Laterna Magicas from around 1900. This is increasingly done in cooperation with film archives and museums across Europe.

The condition of the films is often very poor, the films are torn, glued, stitched, brittle, scratched, dusty. Sometimes there are only fragments. They are animations and live-action films, produced and duplicated in different processes at the time.

So far, they have not appeared in film history because they are decaying and cannot be shown in film apparatuses and have also been classified as children’s toys.

The films reflect the present with their timeless animation style. The past becomes visible in image details, but also through scuffs, scratches and missing parts.

Through the deliberate use of image interference, I discover content that has disappeared and make it perceptible to the viewer in a new, contemporary way. Between media archaeology and computer animation, I try to develop my own approach in which documentation and construction interpenetrate sensually.

For SCHNEESTAUB I showed the material to the author Kathrin Schmidt and asked her to write a poem on the subject of ageing and transience. This is how the poem “Pattern, rutsching” came about, which I handwrite into the images in the film.

While in the experimental short film SCHNEESTAUB by Betina Kuntzsch a voice off-screen recites the poem “Muster, geloopt” by Kathrin Schmidt, the spoken words also appear on the screen. For the jury, the complex poem would probably have been difficult to understand without this graphic doubling. It might have been possible to concentrate too much on the soundtrack and hardly on the picture plane. So this solution was certainly a necessary compromise, but since Betina Kuntzsch has designed an experimental short film here, the words that appear on the screen in sync with the spoken word seem very classical and conventional to the jury. As a background to these sentences, Kuntzsch shows sequences of falling snow, which later turns into dust. The dust that is created when film material wears out. For the film also tells of the death of film itself using found moving images from a magic lantern from around 1900. These short sequences show winter landscapes with people skiing and sledging, or as members of an expedition to the North Pole shoot a polar bear with a rifle. The sound of the gunshot as well as other sounds such as the buzzing of birds and creaking of a ship were produced with the found film material and the Laterna Magica. More and more, the individual images decompose in the projector until only shredded remains and dust remain. On this level, the film convinces the jury, while they do not consider the attempt to do justice to the poem with cinematic means to be entirely successful. The jury awards SCHNEESTAUB the rating “valuable”.